Floriana feast is held every April

Now here is what is typical Maltese 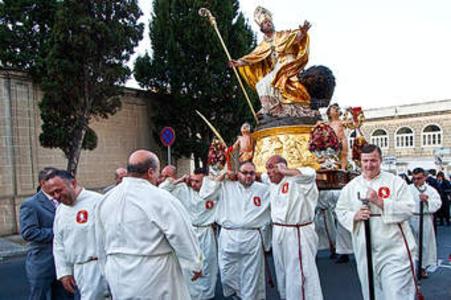 Throughout our history we Maltese have had constant interaction with foreigners because of colonisation, tourism or immigration. Yet we Maltese have some distinct behaviour that is uniquely ours, and not just that... it baffles anybody else observing from the periphery. These observations come up inevitably from time to time; here they are black on white to help avoid any more confusion from being lost in translation!

We all talk at the same time

When I lived abroad, one of the things I had to learn was to wait for my turn to speak. I had never realised it before, until a German traveller pointed out that I would often interrupt people while they are speaking, in order to pass a remark or to add something to whatever the speaker is saying; what I had considered to be interested, animated and active participation in conversation, she simply considered impolite. Then I had to explain that, where I came from, if I waited for my turn to speak I would never get the opportunity to utter a word!

Indeed this behaviour is not exclusive to the Maltese, but an intrinsic characteristic of Mediterranean culture, shared with Greeks, Israelis, Italians and Spanish alike: we are loud and we all talk at the same time, and we are so clever that we manage to understand what's going on in the midst of all that chaos. If you tend to disagree with this one, just take a look at what is happening in our parliament and on Malta's favourite talk show - even in the most formal situations for a discussion, everybody is talking at the same time!

We seem to be fighting with each other all the time

Granted that the language may sound a bit harsh at times, it is likely the passionate gesticulating and the increased volume of voice that earns us this one. An English friend once told me how she was quite stunned during her first meals with her Maltese husband's family, who might exchange a few loudly expressed opinions only to sit down cheerfully and enjoy a meal together in the next moment as if that never happened; her family always sat quietly at the dining table, polite at all times, "If an English person ever expressed himself so emotionally at the table, it would mean that something is so upsetting that he simply can't bottle it up any more!"

Visitors from countries where displays of emotion are far more conservative are generally quite shocked by our vibrant expression; they do not realise that the emotion will die down just as quickly as it flared up, just as soon as it has been vented. The Maltese are passionate by nature, both in love and war - they express themselves wholly and intensely, and that is a rather accepted norm of behaviour. Add to that the sprinkling of unintended swear words that sometimes accompany heated discussions and it is easy to assume that the two are sworn enemies when in fact they are best buddies.

We seem particularly disrespectful towards our friends and family. (Seem.)

I used to work in a company where most of the staff was foreign. As colleagues do, we would sometimes have a laugh together in the office. One day, in the midst of such an atmosphere, I passed a teasing remark addressing an Eastern European member of staff; she smiled in that moment and I thought that was that, until three weeks later she brought it up again, asking what I had meant by that. I was amazed that she had carried it for so long, explained that it was a joke in Maltese taste, and that no harm was intended; she found it hard to understand, despite having lived on the island for several years.

So it would seem that another oddity, seen from the outside, is this tendency we Maltese have to pick on and tease our nearest and dearest. We Maltese can be very polite with strangers or in formal situations. The green light that defines a more intimate relationship is the dropping of formalities such as superficial respect; this can extend to offering downright insults and playing mischievous practical jokes, sometimes in bad taste, to "test" just how deep the friendship bond runs - the harder the joke we can swallow without taking offence, the better friends we are!

We constantly say "mela", which seems to mean nothing in particular

I have had the opportunity to host friends visiting Malta on several occasions. Without fail, one of the first questions to come up is, "What does 'mela' mean? You guys say it all the time." This is followed by the difficult task of attempting to translate one of the most versatile words in the Maltese language, which is actually impossible to define definitively. It can mean several different things depending solely on the very slight variations in the pronunciation, intonation and the context in which it is used; subtle differences that would be impossible for a foreigner to pick up on. It is a filler word which is at the same time extremely useful, perhaps better described as a sound than a dictionary word in itself! It can be spoken to oneself at the beginning of a task, as in "So...," or to others upon reaching some conclusion as in, "Then...," or as an affirmation, like "Of course," or "Obviously" and certainly many other situations. This is one word our foreigner friends will hear often but never understand quite what it means.

We take our home outside during the summer

Sweat is trickling down your back even though you are not even moving and it is 10pm. It's a hot summer's evening and you approach your balcony for some fresher air. Your neighbour has set up a mattress in his balcony and is snoring away to his heart's content, quite oblivious to the noise blaring up from the TV downstairs, which is on full volume seeing that the entire household has moved to watch it from an armchair and three chairs set out on the pavement. Somehow I never thought of this as strange, as I grew up with this sort of thing, until two foreign friends who were staying with me remarked about how odd and funny it was. I wonder what they would think of those families who go for a family picnic or day at the beach complete with generator, television, mini fridge and clothes horse!